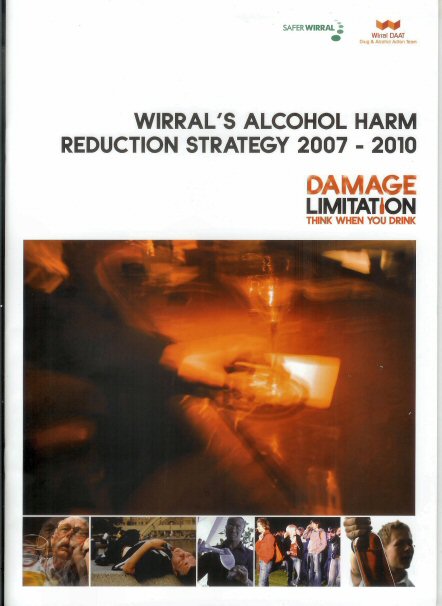 Today I attended the launch of Wirral’s Alcohol Harm Reduction Strategy at the YMCA in Whetstone Lane, Birkenhead.

The Strategy, which is the culmination of two years work is very welcome and when implemented will help deal with many of the issues that are caused by abuse of alcohol.

Readers of our Newslines, and this blog will know that both myself, and my colleagues, Cllr Suzanne Moseley and Cllr Simon Mountney have fought really hard to get action to deal with the issues of alcohol fuelled anti-social behaviour in our communities.

TODAY, along with my colleague Sue Taylor I attended Ridgeway High School Discovery Centre for one of Merseytravels ‘Its Your Choice’ events.

The day brought together schools from around Wirral for a citizenship conference aimed at key stage 2/3 students who were engaged throughout the day with various workshops which included, Rap music, Drama, Interactive computer work and a Millionairre game all aimed to educate the young people about the costs and consequences of anti-social behaviour.

The day brings together all the agencies, Police, Fire, Public Transport providers etc.

The day was not only educational for the young people, but also for me.   Well done to all those who organise these events.

It has emerged that up to seven staff in the Council’s flagship ‘Community Patrol’ are facing redundancy if a vital cash lifeline from Wirral Partnership Homes is not approved.

Cllr. Chris Blakeley said: “When the Community Patrol was set up, it was designed to be for use across Wirral’s communities to support the Police and to replace, in part, the Park Police.

“Now, we find that the Council is making the future of the service dependent on whether it can secure external contracts, such as with Wirral Partnership Homes, to patrol their buildings and estates.

“This is a further threat to the Borough’s ability to respond to incidents of anti social behaviour and crime.   It’s bad enough that, during the day,  crime hot spots in Wirral won’t be monitored by CCTV, now we find that, at night, there  may not be any patrol vehicles able to respond to other instances of crime and disorder.”

LAST night I was out and about with the Action Team collecting signatures on a petition of opposition to the appeal lodged by T-Mobile who want to erect a 25 metre mast in Upton Woods (Behind the Scout Hut on Upton Road).

We collected almost 100 signatures in less than an hour.  Thanks to all those residents who have given their support in opposing this innappropriate development.

For those people who were out we left a reply paid card to return to us so that their name can be added to the petition.

Following massive local opposition earlier this year, Wirral Borough Council’s Planning Committee refused the planning application made by T-Mobile for a 25 metre telephone mast in the woods alongside the two that already exist.

I have learned from the Council that T-Mobile has submitted an appeal to the Secretary of State for the Environment, in the hope that the Planning Inspectorate, who are based in Bristol will overturn the Council’s decision.

I have submitted my objection to this appeal and in order to give local residents the best chance of having this appeal dismissed I would strongly urge you to do the same and write a letter of objection (in triplicate) to the Planning Inspectorate at Room 3/18A, Temple Quay House, 2 The Square, Temple Quay, Bristol BS1 6PN.   In order to be considered, all letters of objection must be received by the Inspectorate by the 9th November 2007.

Over the next week or so I, along with my colleagues will be knocking on doors collecting signatures on a petition that we can submit before the deadline, however this needs to be in addition to individual letters of objection and not in place of.

Gordon Brown promised a referendum on the EU Constitution.  He now claims we don’t need one because the new document is called a ‘Treaty’ rather than a ‘Constitution’.

It doesn’t matter what he calls it, The new ‘Treaty’ is basically the same as the ‘Constitution’ and it means giving more power to the EU – it would create an EU President and lead to the loss of nearly 60 of our national vetoes.

If you believe Gordon Brown should honour his party’s manifesto, which included the promise of a referendum, you can add your name to the ‘I want a referendum’ online petition.  Click here.

Today sees Wirral Council host the second Youth Parliament in Wirral.  Youths will be meeting throughout the day to discuss many issues that are of concern to them.

In the evening the elected Members involvement will commence with groups of Councillors and youth representatives meeting in small groups.

This will culminate in a full Council meeting in the Chamber with young people taking an active part.

The purpose of the day and the Council meeting is to enable the members of the Council and young people to meet and discuss those issues that are important to the young people of Wirral today.